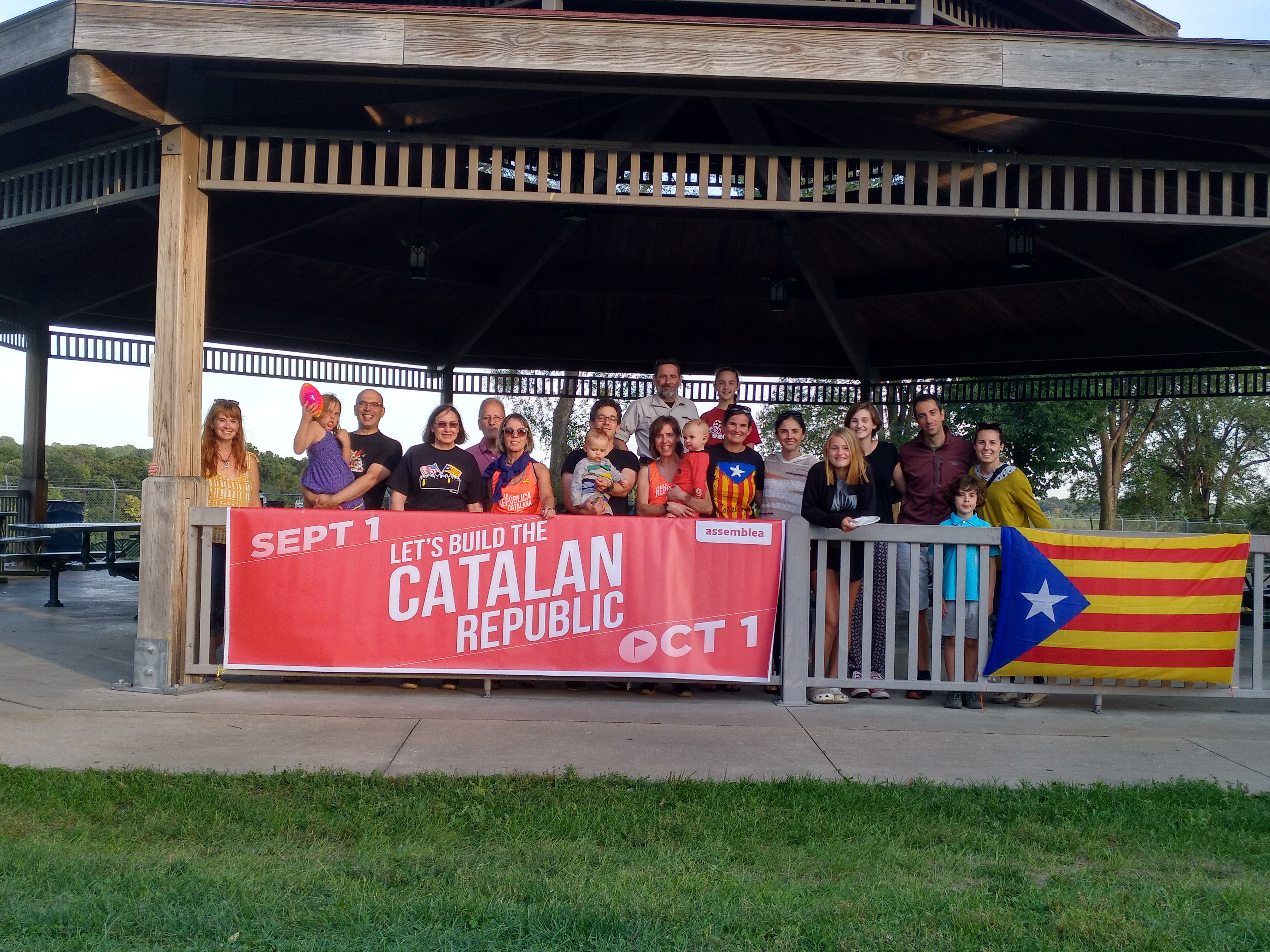 Germany frees President Puigdemont on bail and rejects charges of rebellion. Puigdemont plans to retrun to Belgium as soon as the remaining bogus charges by the Spanish judiciary are considered by the german justice system.

As members of the Catalan community in the USA, we denounce the repressive actions of the Spanish government in Catalonia.  Today the Spanish police has arrested 14 officials  of the Catalan government, illegally entered the centers of government,  continued the assaults to the press, entering newspaper offices to confiscate computers, electronics, envelops and writing materials. It has also entered messenger companies, violating mail privacy by opening personal correspondence. People have converged to Barcelona and to the centers of other cities denouncing the attacks on liberty and human rights, and asking for the right to self-determination of Catalonia and the freedom to vote about it on October 1.

The government of Spain spreads violence in Catalonia

On October 1st, the Catalans voted in the Referendum of self-determination to decide whether Catalonia should separate from Spain or continue to be part of it. The violence committed by the Spanish government and its police forces on Catalonia and its citizens has no place in a supposedly democratic country. "The violence used [by the Spanish police] has been deplorable". These are the words of Dutch diplomat Daan Everts, who is the head of the mission of international observers who have been in Catalonia to monitor the referendum on self-determination.

The government of Madrid having failed in all attempts to stop the Referendum, unleashed the worst episodes of  force and violence committed in Western Europe since the end of Second World War.  About 900 people were injured, including senior citizens in their eighties and nineties, who peacefully and joyfully gathered in polling places to cast their vote. Video and photos published in newspapers and social media are testimony to the brutality impinged in peaceful citizens, and the gross violation of human rights  by the Spanish police and 'Guardia Civil'.

To add insult to injury, the prime minister of Spain, Mr. Rajoy, and high ranking government officials place the entire blame on the Catalan citizens and dismiss as lies all the pain and damage caused by the police forces. Furthermore, these 'security forces' caused enormous damage to school buildings, public and private property, by indiscriminately tearing down doors, walls and furniture, while frantically looking for ballot boxes. Also, the United Nations top human rights official, Zeid Ra'ad Al Hussein, has assured today that the UN will open a partial investigation on the violent acts that happened yesterday in Catalonia.

El Casal Català a Minnesota  condemns in the strongest possible terms the shameful behavior of  the Spanish government and looks forward to the future Catalan Republic.